Great news for Amtrak riders who want to travel with their dogs! Amtrak recently started an East Coast pilot program to let animals “all onboard” including dogs! Some restrictions do apply; animals aren’t allowed in the quiet car and Amtrak limits the number of pets on each train to five so the furry ones don’t start barking and socializing. Good idea to call ahead of time and make sure there is space for you train traveling pooch! Plus there isn’t any online booking at the moment either!

Amtrak’s Senior Director of Business Services, Morrison Manner said, “Pets are part of families, and we see that.” Plus having pets ride the rails is a lucrative adventure. The East Coast pilot is the precursor to a national permanent Amtrak program – we can all bark to that!

Pet owners have Illinois to thank for the current change in Amtrak’s thinking! In April 2014, it was exciting day for pet parents in Illinois. Amtrak and the Illinois Department of Transportation announced the launch of a pilot program which allowed pet parents to bring their cats and dogs on the Illinois Zephyr and Carl Sandburg trains between Chicago and Quincy, Illinois for a $25 fee. The program started May 5th, 2014 and last for 6 months. This may seem like  a small victory; however, it may make it possible for similar programs to begin on other lines throughout the country.

This program was created in response to the bipartisan Pets on Trains Act, which was sponsored by (R-Calif.) Jeff Denham, who worked to organize the program, has been cosigned by 33 representatives. Commenters on the act explained why they wanted it to be passed. One commenter, “Kaddyshack”, wrote “I would love to be able to travel home to see my parents via train. But because I can not take my dog, I instead am forced to drive. This legislation would save me money and bring more customers to Amtrak.”

All animals on the train must be weigh less than 20lbs and be kept in carriers under the chair in front of passengers, as there weren’t any facilities for large crates. Also, they were only allowed on board at three stations to avoid lapses in regulations. 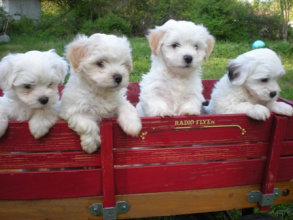