The Queen of England – Elizabeth II turns 90-years-old today! Animal Fair Media wishes her majesty a fabulous birthday and a new personal year full of joy, great health, and lots of love from her family and corgi dogs! 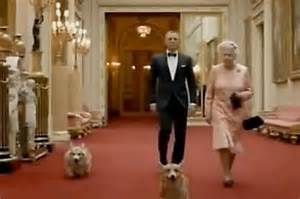 The Queen of England is celebrating this monumental historic milestone at home with her Corgi dogs and her family. She’ll take a short walk to meet people that want to wish her well, and then have a small royal family party. 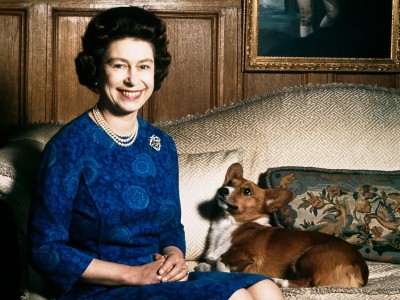 Queen Elizabeth’s royal life started in the “Roaring 20s”! She sustained through World War II, Northern Ireland peace crisis, Falklands War, and provided counsel for 12 British Prime Ministers, and has met with a fourth of all US Presidents in history! All of this and more, with her corgis constantly by her side providing unconditional love. Quite the impressive reign, one that will be historically remembered for a very very long time… 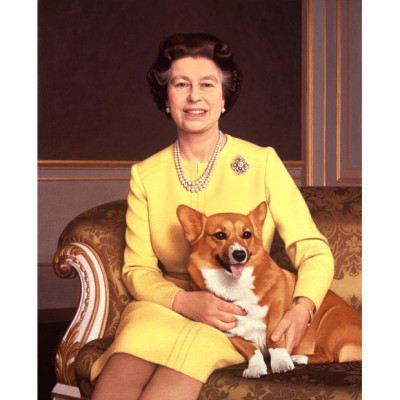 Prime Minister David Cameron said today at a tribute for the Queen; “Her Majesty has been steadfast – a rock of strength for our nation, for our Commonwealth and on many occasions for the whole world.” 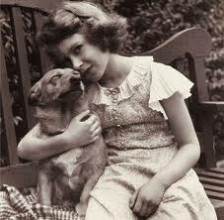 The Queen of England is famous for her lifelong love of dogs, and is often filmed walking outside with her dogs at various castles. She has five dogs, two Corgis named; Willow and Holly, and three Dorgis named; Cider, Candy and Vulcan. 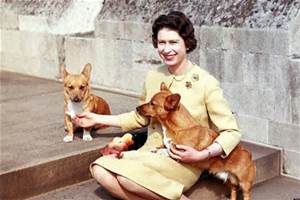 The Duke of Cambridge William spoke about his beloved grandmother’s busy schedule and love of animals; “I don’t know how she copes with it, but her private life with her dogs and her riding and her walking, it’s very important to her,” and added her dogs bark “all the time.” 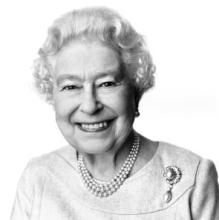 A black-and-white photograph of Queen Elizabeth II was taken by photographer David Bailey two years ago in honor of her birthday! Bailey described his subject as a “very strong woman” with “very kind eyes with a mischievous glint.”

In honor of the Queen’s birthday – adopt a Corgi!

Please remember to Adopt!  Believe it or not there are hundreds of Corgis looking for a home – and doesn’t have to be a Palace! If you are looking for a Pembroke , Cardigan Welsh Corgis or are open to mixes of Corgis – click here! 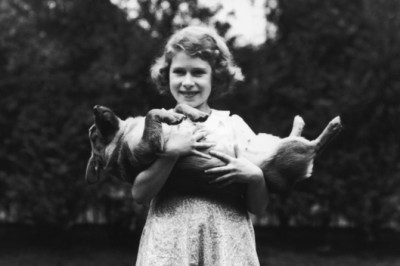