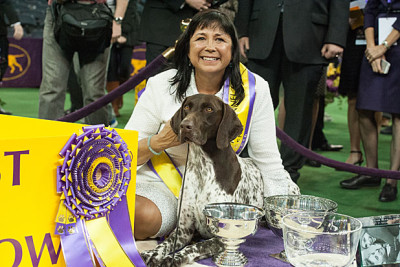 https://www.youtube.com/watch?v=qywct7Ki9BY
“He was born for this,” said owner Valerie Nunes-Atkinson, from Temecula, California, after CJ, short for California Journey, won best in the sporting group earlier in the night. “There’s something special about him.” 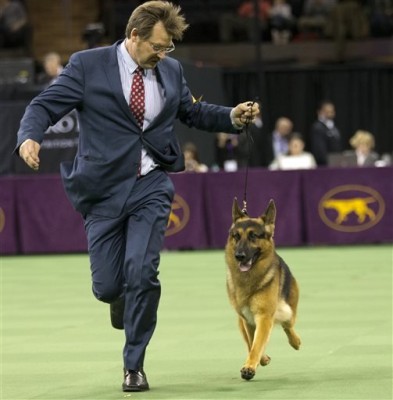 A Borzoi, named Lucy, was runner-up, and won in the hound group, a bulldog named Annabelle won the non-sporting group, Rumor, a German shepherd won the herding group; and a silky-haired Shih Tzu named Panda won in the toy group. 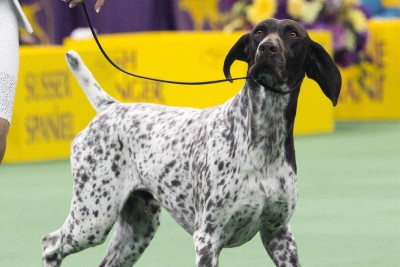 Congrats to all the barking winners, especially “Best in Show” – CJ!