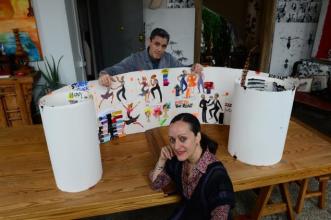 Pet artist and designer Ruben Toledo’s creative influence has little, if any, boundaries. He is, as his official biography describes, “at once a painter, sculptor, illustrator, fashion chronicler and critic;” Toledo himself says that he is simply an artist – he “tells stories and invents ideas, and tries to express emotions in a visual way.” 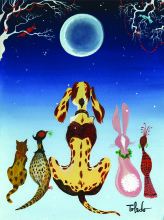 From fashion illustrations in books to highly acclaimed exhibitions in museums, to flowing layouts throughout the pages of Vogue magazine, Toledo’s unmatched, surrealist style embraces a beauty and originality that ultimately attracted his fashion designer wife, Isabel, throughout high school and then to marriage in 1984. Together, they have produced successful exhibitions at some of the most prestigious galleries (Metropolitan Museum of Art, Museum at the Fashion Institute of Technology, both in NYC), won design awards (including the Cooper Hewitt National Design Award), collaborated on best-selling books (Toledo/Toledo: A Marriage of Art and Fashion, and Ruben’s own – Style Dictionary) and continue to inspire each other as well as the art culture-seekers. Ruben Toledo’s other inspiration? Animals! 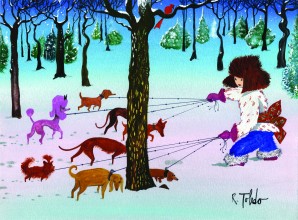 From the White House to the Great White Way! The Toledos’ designed the costumes for the hit Broadway jazz revue After Midnight. The N.Y. Magazine review called it “The No. 1 Musical Of The Year!” 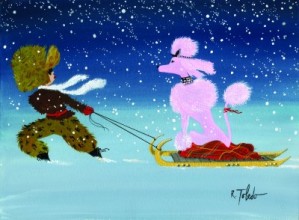 We’re looking forward to seeing more of Ruben and Isabel Toledo’s creative projects in the future, as their collective following expands and continues to cross from cult to mainstream.