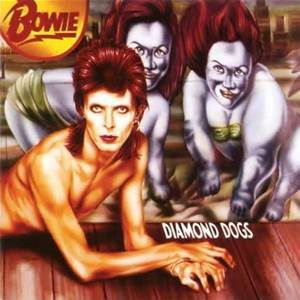 Music icon, creative genius, and game changer David Bowie died on January 10th, 2016, two days after his 69th birthday. He released his last music compilation titled Black Star, as a parting gift to the world on his birthday.
Bowie’s album Diamond Dogs has been hailed by most music industry critics as his body of work that catapulted him to untouchable superstar status. 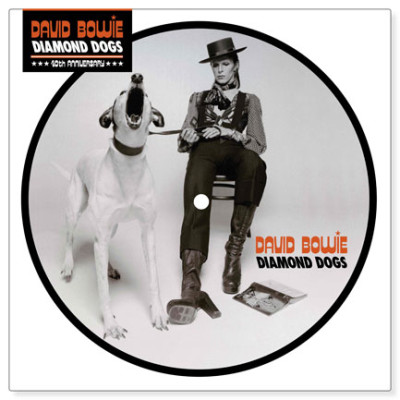 The concept for Bowie’s 8th studio album Diamond Dogs released in 1974 on RCA records was based on George Orwell’s futuristic epic book 1984 about post apocalyptic earth. Bowie wanted to create an over the top theatrical production of the book and started writing music and lyrics; but the author’s estate denied him all rights. Instead the songs ended up on Diamond Dogs, which has lasted the test of time and remains a pop/alternative music classic!

David Bowie truly was one-of-a-kind and a rare breed indeed, and his amazing talent left us with many wonderful songs that take us to other places, through his vision and gift. He will forever be a Starman waiting in the sky… 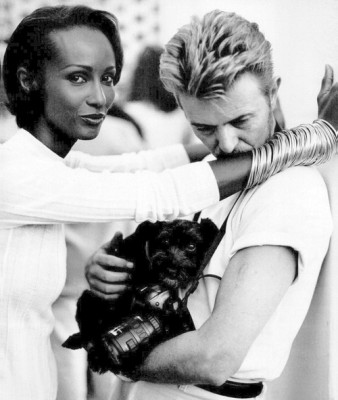 David Bowie with his wife Iman and dog. 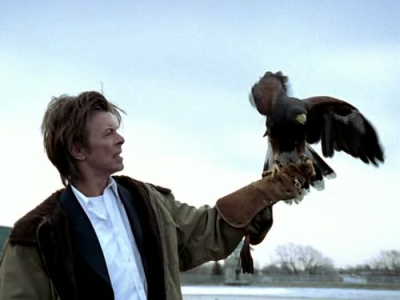 Bowie with a large bird. 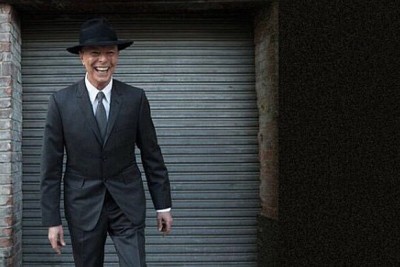