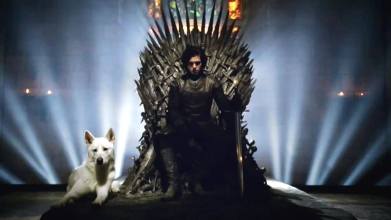 Animal Fair Media is howling for Game of Thrones to take the top dog win for “Best TV Series (Drama)” tonight at the 73rd Golden Globes airing live from the Beverly Hills Hilton Hotel at 8 P/E, on NBC. Actor, comedian, and producer Ricky Gervais returns to host the show for the fourth time – should be a roaring time! 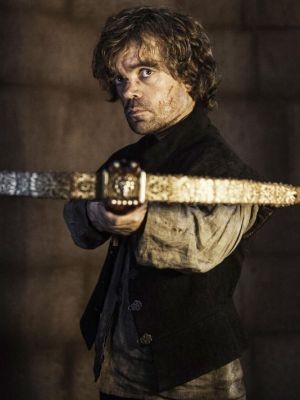 It’s easy to see why actor Peter Dinklage, who plays Tyrion in the extremely popular HBO hit series Game of Thrones, was picked as the villain, Dr. Bolivar Trask, in X-Men: Days of Future Past. In fact, Dinklage’s ability to express both deep, raw emotions, along with a sharp witty humor, are the two traits that make him a brilliant actor, and are no doubt what lands him these types of roles.

Since that kind of villainy doesn’t only exist in the fictional world of movies, Dinklage makes sure to dedicate his free time to working to protect animals from that harm; regardless of the intentions. To do so, he has teamed up with worldwide organizations such as spends a lot of his time supporting worldwide organizations such as Cruelty-Free International in the fight to end cosmetic tests on animals in the United States. 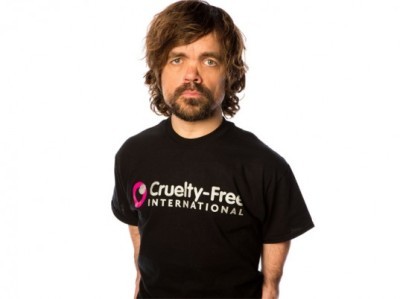 The organization strives to denounce the continued use of animals to develop everyday beauty and personal-care products.with the animal-rights group, Dinklage is urging the USFDA to follow Europe’s lead and ban the use of painful and fatal tests involving rabbits, guinea pigs, mice and rats who are injected, gassed, force-fed, and killed for cosmetics. If Europe can find a better way to create products without putting animal lives at risk, why can’t we?
“I am so pleased to support Cruelty-Free International and be part of the global campaign to end cosmetics tests on animals,” Dinklage says in a statement. “It is unacceptable that animals continue to suffer around the world, including the United States of America, for the sake of beauty. I appeal to the U.S.A. to follow the European Union’s lead and end animal testing for cosmetics.” 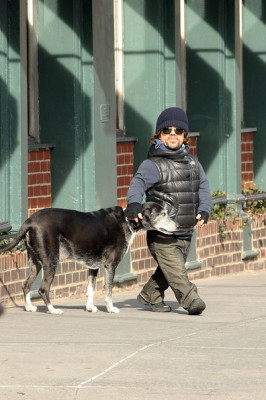 In the past, Dinklage has always been an avid animal rights supporter; having been a vegetarian since age 16, he was chosen as the national spokesperson for Farm Sanctuary’s Walk for Farm Animals that took place in fall of 2012.

Dinklage doesn’t just work to support the greater good of animals across the US; he loves to act on a personal level, too. One of his favorite things to do in his free time is hang out with his own rescue pup, Kevin! Even during Manhattan’s freezing winters, Peter Dinklage has been spotted on numerous occasions incognito on the streets of New York late at night with his beloved black and white pup. He even famously gave Kevin a shout-out during his 2011 Emmy acceptance speech … now that’s true puppy love!