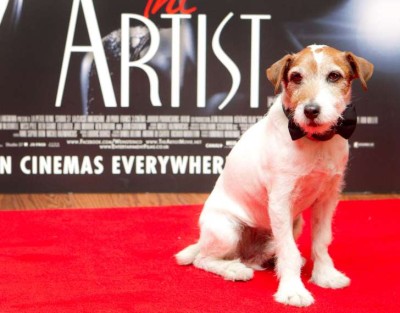 Animal Fair Media is sad to announce that Uggie, the Jack Russell Terrier actor, known for his amazing stunts in movies was put to sleep after battling prostate cancer. Uggie won the Palm Dog Award during the 2011 Cannes Film Festival for his amazing stunt work in the movie The Artist. The Artist won five Academy Awards including “Best Picture” at the 2012 Oscars, and was the first silent film to win the big Hollywood prize in 83 years. Uggie was so unforgettable in the movie that he had his paw prints immortalized on Hollywood’s Walk of Fame. 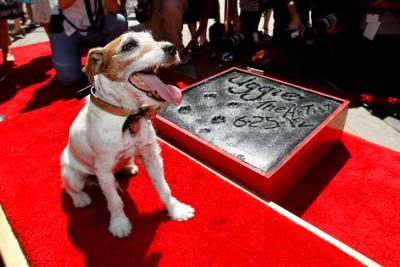 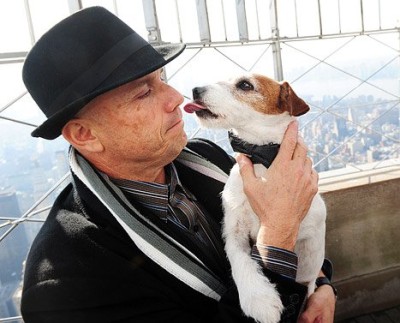 Von Muller couldn’t contain his pride when discussing Uggie and their The Artist Oscar win; “I think he did a great job. And he has to do a lot of work with the director and with Jean. Jean bonded with him perfectly and so they had a very strong bond in the movie. And so it worked out perfect. Also, the director gave us a lot of freedom to do stuff. In other words, like playing dead, backwards. His falls, hiding his head. A lot of those were Uggie’s tricks. He knew those tricks; they were not in the script. He just knew how to do them and he put them in. Most of the times when you are filming anything else the directors don’t want to hear what the dog does. They know what’s on the script. Do this, do that, you know. So he was very open—do you know how to do this, do you know how to do that—you know, he speaks French. Yeah, he can. Ok, lets do it. He was really, really open to that. That’s why he’s shown so much in that movie.”

When asked if Uggie were a two-legged celebrity, who would he be? Von Muller jokingly replied, “If he was two-legged, I think he’s like a Brad Pitt. Because all the ladies are crazy about him. Better looking than Brad Pitt.” 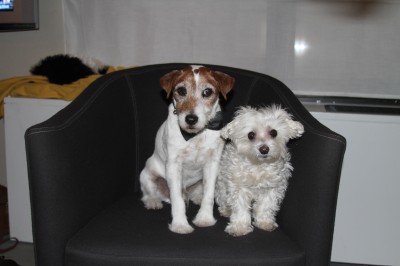 Animal Fair Media’s beloved Maltese mascot Lucky Diamond, who passed from canine cancer in 2012, and Uggie had a loving friendship, and there were even Hollywood rumors swirling that the two were having a canine romance. Lucky was smitten with Uggie.

Check out this video of Uggie & Lucky!

Uggie will live forever in the movies… And we’re quite sure that Lassie, Rin Tin Tin, Petey, Old Yeller, and Lucky greeted him at the big dog park in the sky, where they’re celebrating, running, playing, and enjoying many treats! 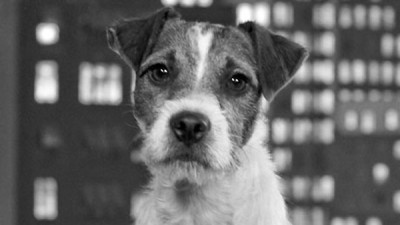 RIP Uggie .. and thanks for entertaining us.