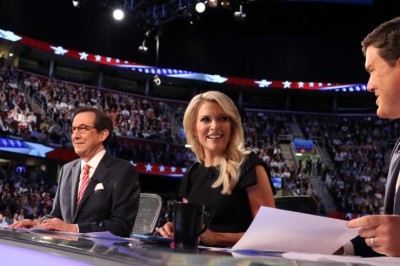 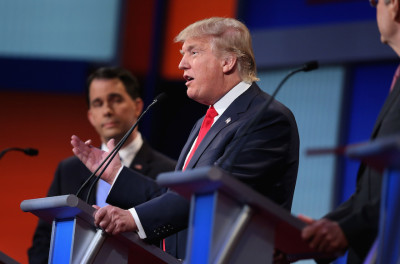 “No it wasn’t,” Kelly responded and adding that “for the record, it was well beyond Rosie O’Donnell.”
“I’m sure it was,” Trump said.

Kelly didn’t hold back and went on the attack, “Your Twitter account has several disparaging comments about women’s looks. You once told a contestant on Celebrity Apprentice it would be a pretty picture to see her on her knees. Does that sound to you like the temperament of a man we should elect as president?”
Yikes! Woof – woof!

Trump switched the topic, “The big problem this country has is being politically correct,” he said. “I’ve been challenged by so many people, and frankly, I don’t have time for total political correctness. And honestly, this country doesn’t have time.”

Megyn Kelly is known for her no-nonsense approach, wit, and intellectual prowess on her hit weekly night Fox News show, The KELLY File. She is also a huge animal lover and often brings her two dogs Baily and Basha on set! Animal Fair Media met with Kelly to find out more…

“I love bringing them [to work] because, A) they’re a stress reliever no matter where they are, and B) they make everybody happy,” Kelly howled. “You should see the reaction they get from folks – people get instantly happier when they see dogs in the hallway, or something to cuddle, pet, and give unconditional love, even to perfect strangers.”
When describing her two newsworthy dogs, Kelly explains, “Basha is just a lover pup. She loves everybody, she’s the nicest, sweetest girl you’ll ever play with. Bailey is more of a grumplestiltskin, he’s a little bit needier, he gets sad when I’m not there – he’s a little more attached. I always say that Basha only has eyes for Bailey, and Bailey only has eyes for me.”

Kelly described the breed of dogs her favorite journalists might be, “Brit Hume part Pit Bull, part Border Collie, because they’re extremely smart – and he might be part Pomeranian, real lovable.” And as for the celebrated news anchor Bill O’Reilly of The O’Reilly Factor? “That’s a tough one … I would say he’s a little Bulldog,” Kelly laughs.

Wonder what breed Megyn Kelly would pick to describe Donald Trump? Certainly not a lap dog! 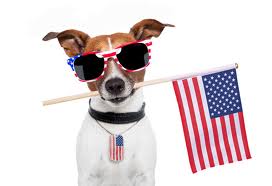