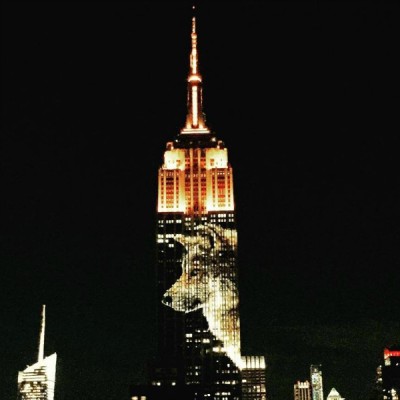 Racing Extinction is a movie where a team of artists and activists juxtapose two worlds that expose the hidden life of extinction with never before seen images! The documentary created by Academy Award winning filmmakers of The Cove reveals levels of corporate corruption that adds to global extinction, including oil and gas companies and international wildlife trade. The filmmakers also portray a beautiful visual on how the planet might appear if all species where honored and survive, with a hopeful mission to inspire people to get actively involved and truly become stewards of the planet.

Cecil the famous Zimbabwean lion that was hunted and killed, and mourned worldwide was one of the animals featured on the Empire Trade Building. Animal Fair Media passionately feels that hunting wildlife for sport is a draconian activity that must stop, and only races endangered species towards extinction.
Louie Psihoyos, the project’s creator and director of the 2009 documentary film The Cove stated in regard to Cecil, “There’s only 3,500 wild male lions out there. The gun lobby keeps them from being on the list but they are endangered.” 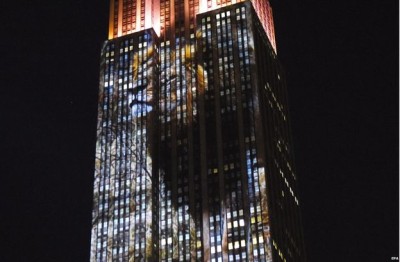