I do not like small dogs. In fact, most men don’t.  Confronted with the sight or the very idea of them, we tend to respond with threats of graphic and creative violence, or else with shudders of revulsion.  And such boyish antics should come as no surprise.  After all, we learned back in our formative years that cute stuffed animals and other pretty and portable items — like, say, pocketbooks — are for girls.  Big dogs are for big boys:  mammoth, slobbering beasts that lope after baseballs and conk out in front of the television; man’s best friend, acting more or less like our other best friends.  Dogs with names like Gunther and Thoreau.

We looked over the newcomer, my fiancé and I. It was a Yorkshire terrier, female, a few months old, and ours.  Glumly, I named her Emerson. And it occurred to me:  Here’s trouble. My girlfriend had the cute-as-a-button lap dog she’d always wanted.  And I had a serious problem on my hands. 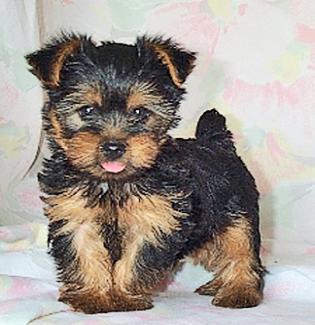 After all, as any pop psychologist will explain, a pet in the care of an intimate couple can be viewed as a child substitute. Not to lavish nurturing attention on Emma, as my fiancé had already begun to call her, would put my fathering skills in doubt, and thus put our relationship in jeopardy.  The kind of jerk who won’t care for a cuddly puppy would most likely be judged—even at the eleventh hour—best left alone. 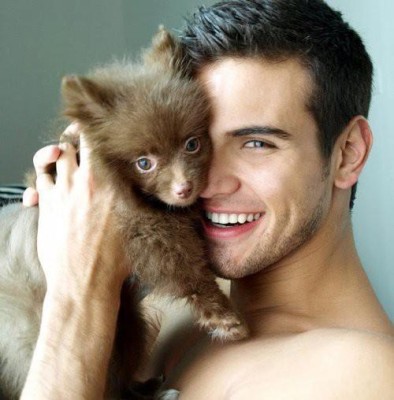 In the privacy of our apartment, of course, the dog started to grow on me.  She behaved a lot like a big dog, only with miniature gestures and midget noises:  stretching out luxuriously on a single sock left on the floor; gnawing fiercely on an inch-long baby carrot as though it were a bone; barking at the shins of all intruders with a sound like an infant’s cough.  But the real test, for me, would have to take place outside—in our gritty urban neighborhood, a man’s man world of tough teenagers and chained-up pit bulls.  Would I be willing to stride out among them with my muppet on a string, in order to prove my devotion to the woman on whom we both depended? 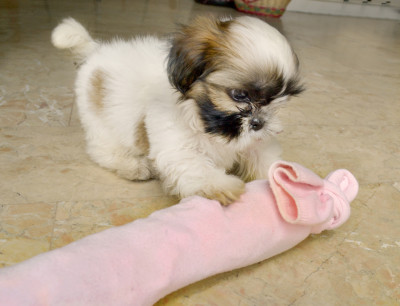 At the pet store I bought a spaghetti strap of a leash. Back in our apartment, I dressed in the unprissiest outfit I could come up with:  dirty jeans, battered high tops, an old basketball jersey that would show my tattoo.  I called Emerson and she came, cantering with her tongue out like a Great Dane, her nails making a frilly ticking on the floor.  She managed the four flights of stairs in see-saw jumps and trotted out to greet our public.

As we came up on the usual table of grumpy Dominican gentlemen slapping down dominoes, I winced—until one of them stooped to pet the dog, and the others nodded at me and my broken Spanish greeting in a way they had never bothered to before. The dog jogged back and forth, flirting and accepting the praise. Then she spotted the hyper pit bull that guards the basement of the nearest bodega. I yanked back on the leash; but Emma bore down, setting her shoulders low to the ground, big-dog style. We would both be devoured, I thought:  Emma as a dainty appetizer, me as main course, our new leash a handy stretch of floss. But as she neared the massive creature, Emma slowed and ducked even lower, finally turning to lie on her back under his muzzle and paw at him gently.  He looked at me—it was the skeptical male glance I’d been dreading–and then back down at Emma, widening his jaws. And then he yawned and gave her a friendly nosing and a lick. 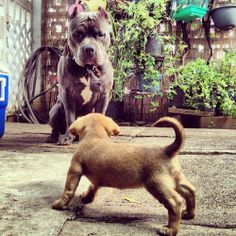 We males, after all, are not that tough or sure of ourselves. We only guard what we’re told to, ferociously, half-heartedly, until we get the chance to welcome even the smallest messenger of love!

Seeking a man who isn’t afraid of a little (or lots of) fur? How to Understand Men Through Their Dogs is the ultimate dating guidebook for singles! How to Understand Men Through Their Dogs also includes expert training tips that will allow you to be the master of your relationship. Does your Golden Retriever man jump all over you in public? Are you tired of cleaning up Mr. Cocker Spaniels clothes from the floor, back of a chair, end of the bed? With this savvy guide for single dog lovers, you will learn all you need to know about this big guy, by knowing everything about his little dog.