An inspiring story about love, strength, and defying the odds encompass the beautiful story that is 5 Flights Up. Starring Academy Award winners Morgan Freeman and Diane Keaton, this well-crafted story revolves around an interracial couple, artist Alex and teacher Ruth (portrayed by Freeman and Keaton). They are looking to sell their potentially lucrative fifth-floor Manhattan apartment that they’ve shared for more than forty years (without an elevator). The only thing keeping this couple there is the sheer sense of nostalgia.

The film has mini plot lines that all tie into their apartment. 5 Flights Up follows this couple’s story through flashbacks. As they are trying to sell their apartment (and are on the hunt for a new one), New York City is in outrage because there is an alleged “terrorist” on the loose. The term “terrorist”  is used very loosely because the film uses humor to underscore how society jumps to conclusions just based on stereotype. Because of this chaos, the real estate market is fluctuating making it difficult to sell.

Golden Glober Diane Keaton launched a campaign that went gone global. With more than a quarter million pets adopted and a goal of finding homes for more than 300,000 animals per year, this might be one of the most successful adoption campaign ever.

“It’s remarkable and rewarding to realize this is now the most successful pet adoption drive in history, but our focus remains the same and there is plenty of work remaining,” said Keaton.

Diane Keaton’s advice for adopting a pet is: “Educate yourself about what it is to raise an animal.” She stresses the importance of avoiding impulse buying just because the animal is cute. She also impresses upon the importance of making a visit to your local animal shelter to adopt a furry companion and learn about the pet educational programs offered there.

Keaton is working on her own pet project that she is financing. “It’s about the perils of this man and woman who find themselves in love with each other while grappling with their own version of creating an animal shelter adoption facility in the middle of nowhere,” she said. The script will be adapted from the David Martin novel Crazy Love.” She plans to direct the movie. 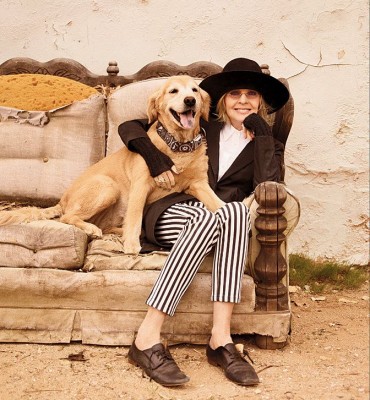 Keaton keeps company with her twelve-year-old Corgi-Shepherd-Basset mix, named Red. She brought Red home after she spotted him running alongside of a busy thoroughfare. Even after many more of Red’s wandering ways, he remains safe and sound at home with Diane. “Just petting an animal and just being quiet for a minute is reflective,” she noted.

Most importantly, the couple are pet parents to a senior dog named Dorothy. Because the dog walks up and down those flights of stairs daily, she starts to have spinal problems. Emergency surgery is needed. The story also follows their dog and her fight to survive. The odds were barely in her favor, just like the couple and the “terrorist,” and they all managed to rise above them.

So your dog doesn’t have to meet the same fate as 5 Flights Up Dorothy did in the film, here are some tips to keep your senior dog healthy! 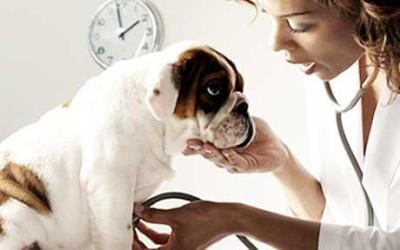 Order 5 Flights Up on iTunes HERE!

Get your tickets HERE!