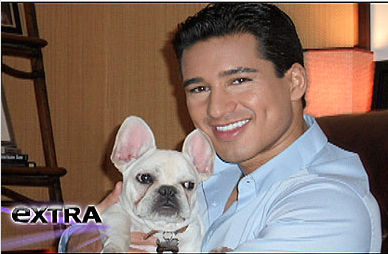 For those who are fans of boxing, the name Julio César Chávez will be well known to you as the famous professional boxer, often referenced as ‘the greatest Mexican fighter of all time.’ For Mario Lopez, famous actor and amateur boxer himself, Julio has been his idol. Therefore, it only seemed natural that this fighter’s namesake be Lopez’s French bulldog, Julio César Chávez Lopez. 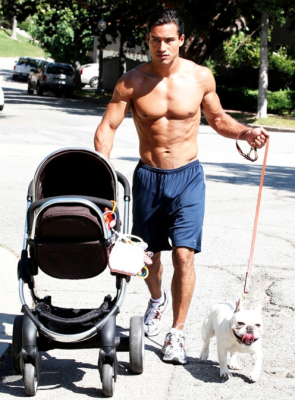 A long time proponent of rescuing pets, Lopez adopted Julio back in 2010 after documenting his “Great Puppy Hunt” as a host on Extra. He visited shelters throughout his search to meet with the animals, such as the Burbank Animal Shelter. It was Oprah Winfrey who ended up suggesting this breed to Lopez, after he spent time searching for a breed with the right temperament and size to suit his lifestyle – an important process for anyone looking to add an animal companion to their life. And it was a long hunt. As Lopez stated, “After months on the hunt, I’ve realized that a French bulldog is the right dog for me.” 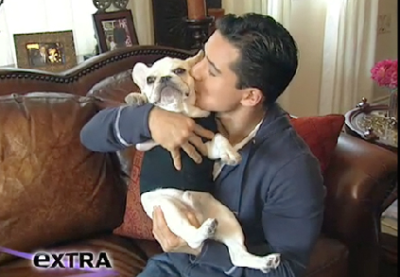 Julio has had just as big a presence in Lopez’s family as he has had on social media – with an impressive twitter following of 13K (one of which is animal lover Ellen DeGeneres) on his account @JulioCCLopez. Photo updates of Julio flood his feed, ranging from dressing up as a taco for Halloween, to sporting a Hawaiian shirt and sunglasses on vacation, to getting ready for winter in a cozy parka. 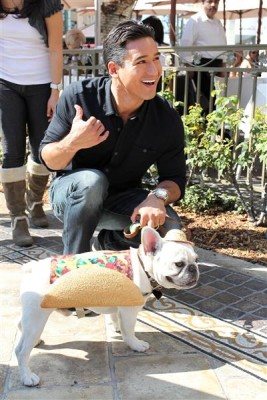 Lopez has had a long history with animals. He was the host of the animal talent reality program Pet Stars, which aired from 2002-2005, and has been involved with animal charities such as A Dog’s Life Rescue and Best Friends Animal Society.

Want more information on how to adopt a Julio of your own? You can click here to find a shelter in California near you. Or, for other states and more information, you can visit sites such as the ASPCA, or the Humane Society.

To check out the animal charities Mario has been involved with, be sure the visit these links: