Calling all of the troops! We need YOU! New Orleans Entrepreneur Week is hosting a contest called The Big Idea 2015.

AxoSim Technologies was nominated. They are in the lead, and Animal Fair Media wants them to stay there. They’ve come up with an absolutely genius idea, that is about to revolutionize the world. This company wants to improve the drug development process of new treatments. AxoSim has developed a bioengineered chip, at Tulane University, that acts as a nerve. The alternative is using animals or human subjects. This is cruel treatment, but with your help AxoSim can change this entire process. 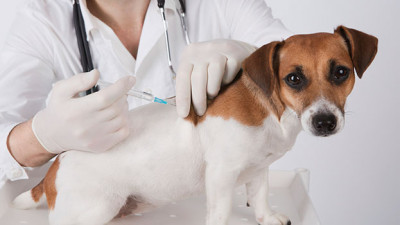 “This can make the drug developing process cheaper, faster, and most importantly, safer…this bioengineered nerve can then be used as a substitute to figure out how an actual nerve will respond to different treatments, without endangering animals or human subjects,” says co-founder Michael J. Moore. If the drug has toxic effects, it could be discovered early on so the only harm done would be to a bioengineered chip.

These entrepreneurial efforts have caught our eye; we think this is an incredible idea! It helps the animal-kind and human-kind. We need your help to keep AxoSim in first place!! Everyone has or had someone close to them battle cancer. This is one step closer to finding the cure. Animal Fair Media‘s beloved pup, Lucky Diamond lost her battle with cancer, so we will be voting as much as possible!

Voting will close on March 23 at 8 p.m., and the top 12 vote-getters announced at the NOLA Media Group’s tent on Fulton Street. The 12 finalists advance to the March 27 culmination of New Orleans Entrepreneur Week, The Big Idea, a crowd-sourced pitch extravaganza on Fulton Street.

For more information about AxoSim’s idea and to vote, click HERE!

Adopt a dog from the Humane Society of Louisiana HERE!