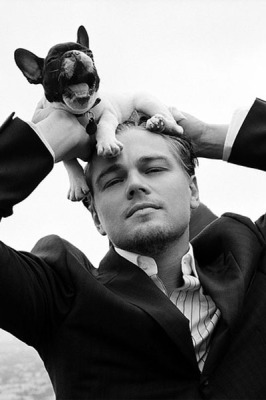 “Films like Virunga are powerful stories that are a window into the incredible cultural and natural diversity of our world, the forces that are threatening to destroy it, and the people who are fighting to protect it . . . [It’s] an exciting opportunity to inform and inspire individuals to engage on this topic,” said Leonardo DiCaprio, Executive Producer for the Oscar nominated documentary; Virunga. 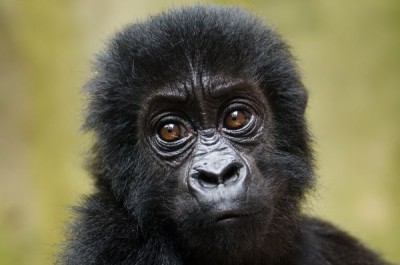 That is what Leonardo DiCaprio has to say about his latest riveting film production and ecological reveal, Virunga. The emotive and impressive piece of film was recognized with an Academy Award nomination nod for Best Documentary Feature; a competitive category including; CitizenFour, Finding Vivian Maier, Last Days in Vietnam, and The Salt of the Earth. Animal Fair Media will be cheering tonight for this amazing story about the vulnerable mountain gorillas of Virunga.

Why is Virunga such a remarkable and memorable film?

Virunga is truly a special haven on the planet. It’s the oldest wildlife park in Africa, and is protected by a group of dedicated wardens who literally risk their lives daily to protect the spectacular wildlife and the surrounding habitat.

The humble and courageous Belgian prince, Emmanuel de Merode is an anthropologist, conservationist and pilot. He has committed his life’s work to controlling the bushmeat trade and protecting the endangered wildlife of Virunga, as well as Central and Eastern Africa.

de Merode was appointed Director of Virunga National Park by the Congolese government in August of 2008. He has penned 14 scientific papers and is co-editor of the book; Virunga: The Survival of Africa’s First National Park.

Why the Virunga fight must continue…
The wardens at Virunga have a real fight and mission to sustain, against many adversaries. The area is a hot bed for militia groups; this activity is displayed in the film as the M23 rebellion commenced in April 2014, just three weeks after director Orlando von Einsiedel, and crew arrived to begin filming. Large organizations such as British based oil company Soco International are an ongoing detriment to the area, gorillas, and wildlife, as they use any tactics possible to gain access to the natural resources for big money. Currently they are agreeing only to use exploration techniques in the area if they are deemed legitimate by organizations such as the World Wildlife Fund (WWF). The peace is delicate though and there’s minimal trust in Soco’s true intentions.

In the movie Virunga a Soco Foundation representative is filmed saying (pardon our French when making this point), “Fuck me, it’s a monkey, who gives a fuck about a fucking monkey?”

In the film, which is owned by, and available only on, Netflix, viewers can see the stories of the majestic mountain gorillas (at 800 the largest population in the world of the species), as they live in friendly close proximity with the caring wardens.

Virunga has its own website where you can help by donating to this necessary and worthwhile ecological cause. Join some well-known faces in your support of this wonderful park.

On February 1st DiCaprio tweeted, “Thanks to all who joined at the #Virunga screening last night, esp President @BillClinton and the #Netflix Team.”

And last Friday night he mingled with celebrities such as Oprah, as they celebrated the success of this scenic, moving, eye-opening, and expertly created documentary.

Animal Fair Media will always cheer for media and talent like Virunga‘s Executive Producer Leonardo DiCaprio that continually fight for animal and wildlife rescue and conservation! DiCaprio raised over $48 million last year to help save the oceanic, wildlife, plants, and animals on the planet. Visit the Leonardo DiCaprio Foundation here!

We will be howling for Virunga tonight at the Oscars! Join us – Virunga is a must-see!