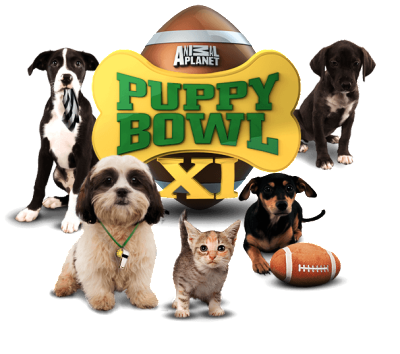 It’s that howling, rip-roaring, time of the year again! Woo hoo – Animal Planet’s Puppy Bowl XI! The inspiration for “Puppy Bowl” came from the Christmas airing of the yule log, and early showings were only a tad more elaborate than the classic video of a fireplace with pups roaming around. Since Puppy Bowl debuted 11 years ago, the fun and entertaining cable network show has become much bigger than the original continuous loop of puppies running across the screen. Puppy Bowl brings global awareness to animal adoption (13.5 million viewers last year) with the four-legged puppy players having a chance at adoption too! 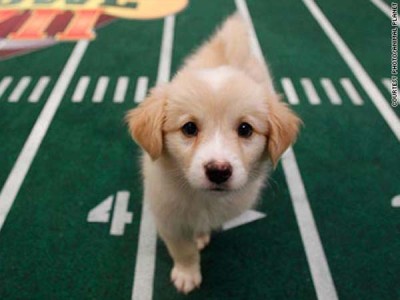 Animal Planet’s Puppy Bowl XI will air on Sunday, February 1st at 3 P/E, the same day as Super Bowl XLIX. This year’s starting teams include 55 puppies plus 30 backup players. The puppies are recruited from 37 shelters across 20 states! Animal Planet works with Discovery Studios, which submits photos of the most eligible and cutest puppies from its network of reputable shelters. 2015 advertisers for the event include GEICO, Subaru, and Pedigree!

Ten-time Emmy nominee and Puppy Bowl executive producer (since Puppy Bowl IV) Melinda Toporoff has final say on the puppies picked for the show. She commented, “We’re definitely style over substance, my job is to not say yes to every single one. They’re all pretty darn cute.” 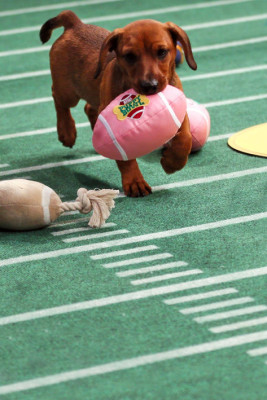 The pups will be running and rolling on two different teams for the very first time in Puppy Bowl history: Team Ruff and Team Fluff. Back by popular demand this 2015 Puppy Bowl season are favorites from previous shows including the sensational BISSELL Kitten Halftime Show, and sideline reporter “Meep the Bird” tweeting live play by play updates throughout the game. You can follow @MeepTheBird for the latest barking puppy news on the day of the game! A Chihuahua could catch a long pass midair, a Maltese might quarterback sneak for the win, and a Collie could rollover and fumble – you never know what to expect! And that’s the fun of it! 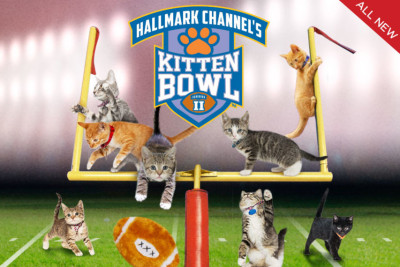 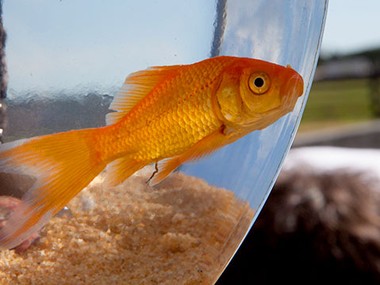 Animal Fair Media predicts a huge win for both furry teams, with all (if not most) the adorable pup players finding loving homes! Share and let’s help these pups have a life changing game tomorrow … Woof-woof!