Breaking News… Cast members of the hit NBC TV show Chicago Fire have confirmed to attend our benefit on September 7th, 2013! Do you want to have breakfast with the hottest guys on  NBC’s Chicago Fire?  Join David Eigenberg, Taylor Kinney and Joe Minosa in supporting K9s For Warriors ! Click here for the details of the breakfast benefit and to donate to support those who have selflessly fought for our freedom!

Please note even if you are unable to attend our benefit in Chicago –  your support would be greatly appreciated! 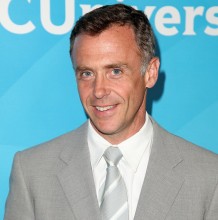 David Eigenberg – Who would not want to wake up and have breakfast with this former Marine?

Every 65 minutes a veteran commits suicide according to the Department of Veterans Affairs; most suffering from PTSD (Post Traumatic Stress Disorder). This horrible epidemic is among the 2.4 million veterans and active duty members returning home –  184 new cases are diagnosed every single day!   K9s For Warriors rescues dogs prior to being euthanized and trains them to be service dogs for Veterans with PTSD and Traumatic Brain Injury. This program is 100% proven, transparent and successful!  94% of every dollar donated to K9s For Warriors goes directly to the Veteran & service dogs.  Only 6% is used on fundraising and overhead. Shari Duval, the founder and Executive Director of K9s For Warriors doesn’t receive a salary. 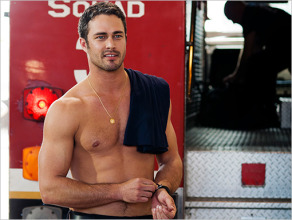 Sorry Taylor Kinney will have his shirt at our breakfast benefit!

We hope you can you can attend our benefit on September 7, 2013 at the Omni Hotel or if you are unable consider donating $10.00, $100.00 or what ever amount you can afford to help a Veteran with PTSD in Chicago receive a service dog from K9s For Warriors.

After learning  the troubling statistic that every 65 minutes a veteran struggling with Post Traumatic Stress Disorder commits suicide, Diamond made the decision to embark on a journey to help veterans suffering with PTSD and pair them with rescued service dogs. “Veterans have fought selflessly for our freedom and it’s time that the two and four legged roll over and fight for them.”

Wendy Diamond has dedicated her new book, How To Train Your Boss to Roll Over, to all the veterans who work tirelessly and selflessly defending our freedoms. The book is an entertaining and instructional manual threaded with Wendy’s trademark levity and wit that reinterprets successful dog-training strategies for the workplace. On the tour, Wendy will encourage everyone in the work world to engage in social good and make a difference by supporting our veterans  through K9s For Warriors.

In Chicago, we will honor Justin, 37, a former Staff Sergeant in the United States Army, where he served for 7 years. He graduated from K9s For Warriors in May 2012, where he was paired with Cody, a Labradoodle. Justin needed a hypo-allergenic dog, so K9s For Warriors put out a call far and wide for a special Labradoodle. Cody was found in North Carolina and a foster was arranged, but the organization was having trouble finding transport to K9s For Warriors for Cody’s training. A future warrior, Justin, called and said he would be happy to drive the dog down without knowing that Cody hand-picked for him! Since the two graduated, Justin has credited Cody and K9s For Warriors for helping him recover: “I went to Iraq in 2003, Afghanistan in 2006 and K9s For Warriors in 2012. I finally made it all the way home back to my family in 2012.” 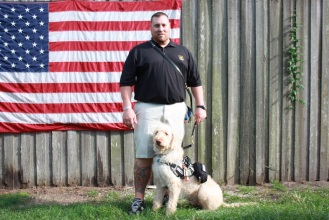 Wendy Diamond will host the BARK BUSINESS 10 City Media Tour, which will feature her hilarious new book, How To Train Your Boss To Roll Over. This brand new instructional manual will promote a positive work environment and explain how to work towards making a societal difference by raising awareness and funds for the K9′s For Warrior. Our bark business benefit will celebrate our wounded veterans and rally to raise awareness and donations for our American heroes that have sacrificed selflessly for our country.

Thanks to our generous sponsors, the tour will 100% benefit K9s For Warriors. Ellen DeGeneres’ pet food company, Halo, Purely for Pets knows that natural nutrition is imperative for service dogs (and all dogs) because it ensures a long, happy life with their parents, and are on board with supporting the K9s For Warriors Bark Business Benefit Tour! American Express Open has partnered with us to empower and support Veteran small business owners. The Loews and Omni pet-friendly hotels are graciously providing the space for the Bark Business Breakfast, so we can gather, raise money, and get the bark out about K9s For Warriors!

Please watch this video to understand the importance of your donation:)

The Bark Business Breakfast tour will sweep into Chicago on Saturday September 7, 2013 from 10AM-12Noon at the Omni Hotel –  676 N Michigan Ave, Chicago, IL.

Please join us to attend this wonderful benefit in Chicago!  If you are unable to attend you can donate as little as $10, $50, $100, $2,000, or sponsor a Veteran/Service Dog Team in Chicago for $10,000! K9s For Warriors is 100% transparent, and 94 cents of every dollar benefits the veterans! Get involved by barking about it and donating here

Please join us for a patriotic breakfast to honor K9s For Warriors, meet graduates and celebrate National Service Dog Month!