Who didn’t have and love a Koala Stuffed animal growing up? These adorable fuzzy grey- or brown-colored animals live in Eucalyptus trees in the Southern and Eastern parts of Australia.  Young joeys might have a better chance to live to adulthood thanks to the Australian Koala Foundation based in Brisbane, the world’s largest funding body of koala research. 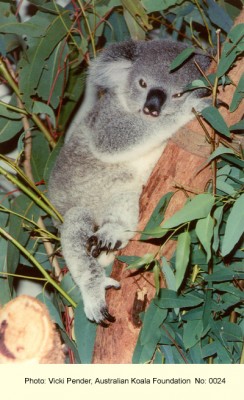 “The Koala Woman” Deborah Tabart has been leading the Australian Koala Foundation since 1988. The foundations works to provide maps and tools to help people look after the nocturnal marsupials in their trees and educates them on how they can help the koalas.

The foundation’s theme this year is “It’s time to worry, mate.” 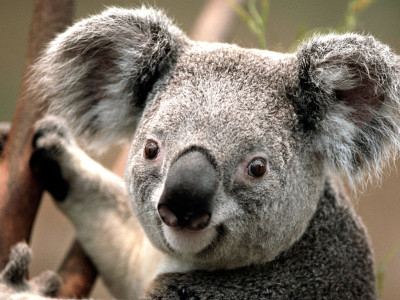 “And it is. After tripping around the world, reading world newspapers, watching unemployment rise and seeing the destruction of forests – it is time to worry and the AKF is always totally committed to protecting our little part of heaven here on this planet,” stated Tabart.

Less than 20 percent of the koala habitat remains and there are only around 100,000 koalas left in the wild. Koalas were hunted in the 20th century for their fur. Dog attacks and traffic accidents threaten today’s koalas, along with disease and destruction of their habitat.

Koalas need a lot of land to travel from tree to tree to find mates and new territory. The Australian Koala Foundation works to conserve the koalas’ habitat by mapping 4 million hectares of land as part of its Koala Habitat Atlas.

“This is key and I keep saying to both them and to legal people here, we must see the Koala, like the Bald Eagle is to the United States; so important that it needs its own legislation,” said Tabart.  “I am personally committed to the simple model – which the Bald Eagle Act in 1942 personifies.”