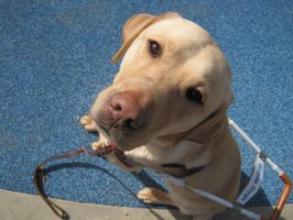 Palm Spring is a California desert oasis nestled in the Coachella Valley, far away from the hustle and bustle of Hollywood. In fact, in days gone by, it was known as a celebrity retreat for movie stars seeking haven from the intrusive flashbulbs of the paparazzi.

In current times, this retirement destination is now revered for its immaculate landscaping and impeccable architecture.

Palm Spring also turned out to be the perfect locale for Daniel Wright and Tim Clark to launch their architectural endeavor, the Wright Design Group, ten years ago in the city which they refer to as the “mecca for mid-century design enthusiasts.”

Their services include the complete spectrum of full design consultation, as well completion of their architectural concepts. Tim serves as the general contractor of the partnership, while Daniel contributes to a sensitive balance of authenticity to his interior design talents. The two have been known to mix their personal influence with their clientele’s style, melding tribal cave art, by Doughias, with leopard and zebra prints.

Their partners are also involved with many community and national charities. “We have been involved and try to help as many charities as we can. Tim was on the executive board of the ROAR Foundation, which is the Tippi Hedren wildlife preserve that specializes in the rescue of large, exotic felines,” says Daniel. “We have also done special fundraising for Animal Samaritans, Pets on Parade, and we both sit on the advisory board of Paws of the Planet, which raises funds for animal rescue organizations.”

Recently, both were chosen to serve on a panel with several noted architectural publishers and celebrities to judge a “Barckitecture” completion for Gilda’s Club, which is a non-profit organization that provides networking and support to those affected by cancer. The exhibit challenged competitors to construct stylistic and functional dwellings for dogs. “Although we did not build them, the exhibit was an incredible display of the diversity of canine houses,” says Tim.

In 2008, the design team joined forces with Guide Dogs of the Desert to create a Guide Dog Depot store. The Guide Dog of the Desert organization was founded in 1972, with a mission to improve the lives of the blind by creating opportunities for life-changing independence through community outreach and educational programs.

The store, located at 125 Tahquitz Canyon Way, serves the Palm Springs community by selling canine product and gift items, while also providing educational areas where customers can learn the historical significance and values of the services provided by guide dogs. The ambience reflects a released atmosphere where guests, clients and their dogs can lounge. The light lime colored sofa chosen for the store is made of ultra suede, which can easily be cleaned, and is decorated with contrasting multi-colored pillows. “The furniture was created to be easily used and pet friendly. Micro-fiber materials with brightly colored fabrics were used on the upholstery,” says Daniel.

Another feature of the store is the puppy paw prints, sandblasted into the floor which creates a pathway to a “doggy treat” vending machine. There are also lighted panels that depict the life stories of actual clients of the Guide Dogs of the Desert.

At home, Tim and Daniel have two cats, Boobie and NeNe. In 2004 both of their cherished pets were selected to receive the coveted Pets on Parade “Shorthair Feline of the Year Award”. The felines are sisters that were adopted from the Laguna Beach Rescue Shelter of California.