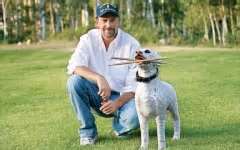 It looks like Kevin Costner got some real-life experience in 1995 when he filmed the apocalyptic classic Waterworld.  Since the Exxon Valdez spill off the coast of Alaska, Costner has been working with a team of scientists to develop technology that will separate oil from water.  Spending millions of dollars of his own money and unquantifiable amounts of time and effort, Costner’s machines are finally ready to be put to use.

In the wake of the disaster in the Gulf of Mexico, BP has issued a statement saying the company intends to buy 32 of the new machines which work like a huge rotary engine, spinning the contaminated water until the less-dense oil is separated from the heavier water.  The result is almost 100% pure H2O and even reusable oil.

BP intends to spend millions of dollars on the super-efficient machines however, no checks have been written yet.  As the window of opportunity gets smaller and more animals are killed by the overwhelming amount of oil in the Gulf, it seems that intensive government and private testing by BP of the centrifugal separators is a waste of time.  The toll the this oil spill has already taken on wildlife in the Gulf is astronomical, and the future is clouded with dark slicks of oil.

If Costner’s machines are utilized in the Gulf, this could finally turn things around for the first time in the months since the pipe burst.  Not only that, but the majority of proceeds Costner and his associates receive from the sale of the separators are going to relief efforts for Gulf Coast residents and animals.

So Costner’s portrayal of Robin Hood may not have been Hollywood’s best, but it seems this real-life humanitarian is robbing from the rich to give to the poor and saving the day yet again.

“If Costner’s machines are utilized in the Gulf, this could finally turn things around for the first time in months since the pipe burst”