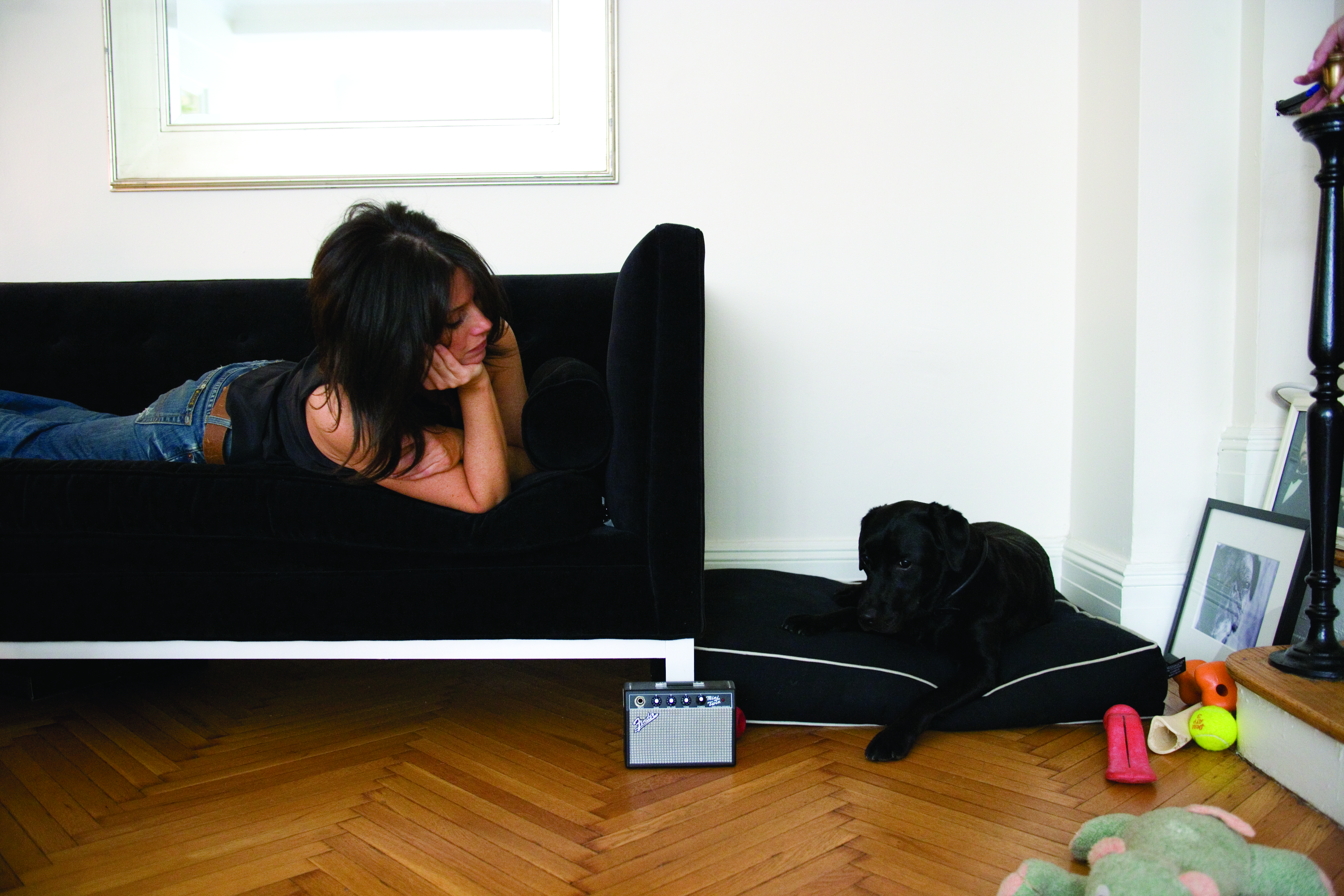 Ecstatic and bubbling over with excitement during her interview and photo shoot, singer and songwriter Danielle Evin bolts toward her cheerful, bright galley kitchen and grabs a small morsel for Roxy, her three year old black Lab.

“I think this will get her on the piano,” she says with a determined face, and places the treat gingerly on top of the instrument. The photographer has only a few seconds to shoot Roxy’s black paws clamoring the keys in search of a treat before a large CRASH! and BANG! echoes throughout the one bedroom apartment. Single handedly, the piano playing dog has managed to send both a guitar and spherical light plunging to their demise onto the polished hardwood floor. Even with an out-of-commission instrument lying limply on the ground, Evin’s primary concern is for Roxy, who is still banging out her masterpiece on the piano. “Monkey, did you hurt your paws?” coos Evin, rushing to the side of her bilingual, banana loving dog.

Nothing about Danielle Evin seems dull. The singer, who just released her first self-titled album in June, takes pride in writing her own lyrics and playing the guitar and keyboard in her powerful pop rock songs. She’s worked as a sous chef and an assistant, but Evin always knew that her true passion was songwriting and singing. When this up and coming musician moved into her Upper West Side one bedroom apartment eight months ago and prepared for the debut of her first album, she knew she had to keep another other passion in mind: her dog Roxy. “I got the dog first and then I built everything around her,” she says, smiling while curled up with Roxy on her black Jonathan Adler couch. “She’s black, my couch is black…we’re roommates.”

The couch, she explains, was special ordered to match Roxy and her simple black dog bed with white piping. And it doesn’t stop there; there is something in almost every room of Evin’s apartment that reflects a thoughtful take on how comfortable a dog should be in a human space.

Two raised dog bowls that Evin purchased at Design Within Reach stand against the wall in her kitchen. “We shouldn’t make dogs crouch over when they eat,” she says.  In her bright, white bedroom, Evin keeps a large water bowl right next to the bed so Roxy doesn’t have to stray far from the comfort of the musician’s fluffy king-sized bed at night. And in the living room, a life-sized tribute to this well cared for pooch stands tall and proud, the literal stuffed animal version of My Size Barbie.

Evin takes Roxy wherever she goes, but it may become harder as the musician gears up for the first tour to promote her new album. When asked what she will do with Roxy while on the road, Evin’s face becomes a bit more serious and she must think for a moment before answering. “I’ll sing, as long as my dog comes…or I’ll come home every night in a helicopter.”