Here’s what we found to be

This holiday season Animal Fair scoped the music industry for some of today’s hottest animal tunes!  Today’s musicians are barking up the talent tree with these hot hits.

The Greatest Album of Christmas Music Clucked by a Human Chicken Ever! 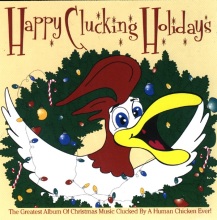 Musician Dirk Keysser goes where no man (or chicken) has gone before! In an attempt to celebrate the holiday season, Keysser himself clucks his way to Christmas caroling fun. Keysser transforms classic holiday tunes like “Deck the Halls” and “Rudolph the Red Nosed Reindeer” into a clucking frenzy – all of which he conceived on his own! The CD is original, entertaining and quite amusing for people of all ages.For more on this

A DOGG IS A DOG by Jack Brown

A production of Crazy Fox Productions in New York, “A Dog is a Dog,” is fit for the child in all of us! 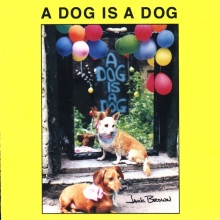 All of the songs in this collection are written and sung by Jack Brown and inspired by his two loving dogs – Tequila (“mostly Chihuahua and always hungry”) and Baby, Brown’s dachshund (“a small dog with a large personality.”) Brown is a former songwriter for the popular kid’s show “Captain Kangaroo” and has certainly taken his hip ability to the next level.  The music on A Dog is a Dog varies from country to folk, from blues to rock and much more. It appeals to dog lovers of all ages and works the senses!  Title tracks include “Don’t Bark in the Park,” “Bulldog Boogie” and “My Master’s Eyes.”  For more information, call 1-888-386-7664. 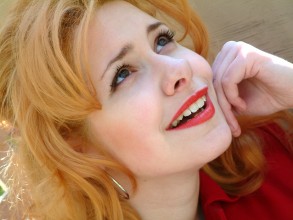 Nellie Mckay is a talented 19 year-old singer songwriter, influenced by such greats as Billie Holiday and Doris Day, and a devoted animal Rights activist.  Since the young age of eight, Nellie’s been actively protesting the unfair treatment of animals. She works alongside her mother, who founded “Voices For Animals,” a non-profit organization that find homes for strays.

Nellie McKay’s debut album Teenage White Album will be released January 2004, by Columbia Records.  She embodies a whimsical storytelling style with her unique crooning, piano playing, and songwriting.  She sings homage to the healing side of walking her dog with a track called “The Dog Song.”  Nellie McKay promises to be a voice of future, both musically and 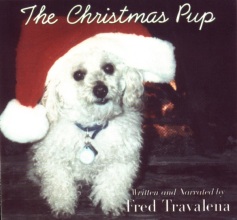 Comedian, impressionist and singer, Fred Travalena, has written a Christmas album, with one song dedicated to his beloved dog, Nicky, entitled “The Christmas Pup.” An uplifting emotional song with a melody rich in love and devotion, “The Christmas Pup” has become a favorite amongst pet owners and is sure to tug at your heartstring. Travalena tells Nicky’s story, how he was found on Christmas Eve and the wonderful life he lived. Travalena, an avid pet lover and supporter of Animal Rights, felt compelled to write this song for Christmas. “I don’t know how people live without pets. They are one of the great joys of my life”, says Travalena.

Radio stations around the country have picked up “The Christmas Pup” during the holiday season.

You can listen to a sample at www.fredtravalena.com.