Get out your pen and put your feelings for your furry friend on paper.  It’s the perfect time to kiss and tell. 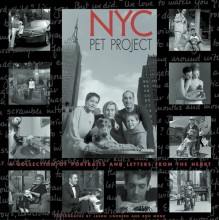 The NYC Pet Project gave New Yorkers a place to express their feelings for their animal companions.  It will surely inspire you to do the same.

Will you be my Valentine?  Who would make a better Valentine than the little one who loves you unconditionally, doesn’t care about your weight, height, hair color, complexion, or marital status?  Michael La Rue and Ed Kaczmarek, the founders of The NYC Pet Project and Good Books Publishing, decided to give New Yorkers a chance to express their love for their animals by urging them to take photos with and write letters to their special four-legged someones.  From celebrities Alicia Silverstone, Rue McClanahan, Eric Nies, and Vanessa Williams to police officers, firefighters, writers, musicians, homeless men, and welfare mothers, New Yorkers from all walks of life participated in the project with one thing in common – their desire to express feelings for their pets for posterity.  “The book took on a life of its own,” says Kaczmarek, “everyone told two friends and soon we had more than enough people.”

“I learned that I am not the only person who thinks that his pet is unique and the best animal in the history of pets.  Everyone seems to feel that way,” says La Rue, who has at home a 5-year old Shih Tzu Lexi (featured in the book) and a formerly stray bird, Yellow Bird, who sings to him each morning.  Kaczmarek likens the bond that he witnessed between person and pet to “mother and child,” adding “it didn’t matter whether the pet was a rabbit, bird, dog, iguana, rat, or cat, they all shared that same special bond.”

For all that the authors learned of people’s loving relationships with their pets, La Rue also learned something of himself.  “Finally, it emerged that I have this previously unknown talent for barking.  My job during most shoots was to stand over the photographer’s shoulder and bark over and over.  Not only did it get animals looking right into the camera, but it had the added

effect of getting the people to laugh at what a fool I was making of myself.”

To be sure, pet photoshoots have their own unique set of problems.  “I even got a tick at one of shoots,” laughs Kaczmarek.

A percentage of the proceeds from the sale of the book will be split among twelve different charities, a trend that will continue for all of the company’s future books.   Kaczmarek says, “The core value of giving back helped us to build the foundation for Good Books Publishing as a philanthropic corporation.” 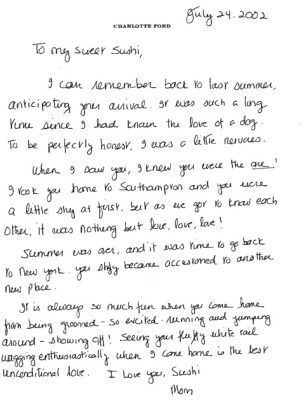 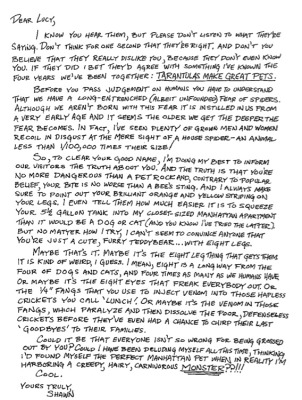 For more information about the book, go to www.NYCpetproject.com.  Good Books Publishing’s next ‘pet project’ is a series of children’s books based on the adventures of two Chihuahuas, Ratface and Applehead.