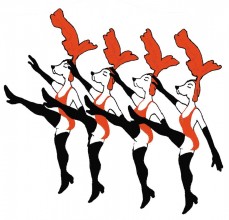 At this Broadway event, the standing ovation goes to the dogs!

Vanessa Williams from Into the Woods and Howard McGillin, who plays the Phantom of the Opera, set a great example this year for everyone participating in Broadway Barks, an adoption event held annually in New York City.  Both Broadway stars grew attached to the animals they were presenting for adoption, and insisted on adopting the pups themselves.

Dozens of animal shelters and organizations came out to join in the fun and find loving homes for their needy cats and dogs including the Humane Society of New York, Metropolitan Maltese Rescue, Bide-a-Wee, and Animal Haven.  Broadway Barks also included a silent auction featuring animal and Broadway-related items to raise money for these organizations.

Hosted by theater sensation Bernadette Peters, and supported by the entire Broadway community, the event was a success, resulting in numerous adoptions.  The event raises public awareness about the homeless animal problem in the Metropolitan area – a problem that can be relieved to a great extent by more spaying and neutering.  “When you consider that over a seven-year period, one female dog and her offspring can produce as many as 76,000 offspring, spaying and neutering becomes a top priority in reducing the 40,000 unwanted dogs and cats that are euthanized each year in New York City alone,” said Bernadette Peters.

Kudos to the Broadway stars that came out to support this great event!