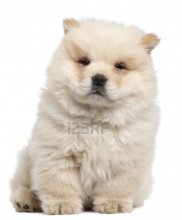 Happy Birthday to all you Sagittarius pets born in December! Wow! Your Sag pet is going to be in a high-energy mood this season.  The Sun, Mercury, Venus & Pluto in Sag will have your pet feeling especially invigorated, making them more vocal and ready to conquer the colder weather.  It’s the perfect time to buy your dog a winter sweater to keep them warm.

December 21st heralds Capricorn’s birthday season!  Need I say more, let the games begin by buying them a special birthday gift. By late January, with temperatures dropping, your feline or canine will be happy to stay indoors, close to home.  February heralds a more active social attitude for your usually stoic pet.

Your Aquarius pet will be in an extra friendly mood for most of December.  If you’re planning a seasonal party include your pet in all fun.  By January 4th a more low-key and uncommunicative Aquarius will emerge, especially with Mercury retrograde in their sign until February 8th.  After that date, it will be the perfect time to plan a special HAPPY BIRTHDAY surprise!

Pisces pets are usually the laid back dreamy animals of the zodiac.  Mars (the planet of energy) will be in Pisces until January 18th – charging up your kitties and pups batteries enough to make you wonder what the fuss is all about.  You can expect them to want to be in the center of all your winter activities.  By February, your Pisces will be exhausted and taking lots of naps.

Your Aries pet will be seeking greater horizons and the open road throughout December.  This is the perfect time to take your dog on an old fashion sleigh ride through the countryside. The crisp cool winter air will revive both of you. Mars (Aries ruler) enters Aries, after January 18th, when your pet will have energy plus for the rest of the winter.

Your Taurus pet will be in a cycle of rebirth and rejuvenation until Dec. 21st.  If there has been a behavioral problem with your pet, now is the time to instill a fresh direction.  Also, if you’d like to teach your dog a new trick to perform – do it now.  Your Taurus will be quite the show-off, beaming with pride after every accomplished attempt!

Saturn in Gemini will be retrograde during December, January and early February, giving your Gemini pet reprieve from the restrictive & limiting energy this placement can create.  They’ll be puckish and curious as usual! Celebrate by buying your cat two special presents, a fun toy and a cozy cushion, something for each side of the “twins” personality.  You’ll be amused watching your kitty choose which gift she wants first

Jupiter the “feel good” planet is in Cancer and will be there until August 2002.  Your Cancer pet will be full of confidence and high spirits throughout the winter season and then some.  Your Cancer pets will be in the mood to team up.  If you’ve been considering finding a companion for your Cancer pet, it would be timely to do so now.  The more the merrier!

Snowball fight anyone? Our fine furry Leo friends will be in the mood to frolic with full force.   Bundle up and take your Leo dog for a long romp in the snow or the beach depending on where you live.  Then, in February, take your Leo dog and/or cat for a grooming, as their coats might be a little messy from all the fun they’ve been having lately.

Virgo pets will want to stay warm and close to cozy home, possibly in front of your crackling fireplace for most of December.  By the time January rolls around they’ll be in high gear and in the mood for fun, fun, fun.  It’s a good time to buy your feline that catnip toy!  February is all about gladly getting back to the old routine.

What’s all the noise about?  Could it be your Libran pet trying to tell you something in her or his own special way?  You bet!  Libran pets are going to be very vocal and active this December.  Encourage them to get involved in all the festivities around your home.  By February, even though it’s freezing cold outside, Libran dogs will want to socialize at the dog run.  Wear sweaters!

In December, Scorpio pets will being taking stock of their possessions and creature comforts.  Your pet will become very protective and attached to all their belongings.  You might find your cat hiding her toys in unusual places.  By January, your pet will be less secretive and more expressive.  Hurray, just in time for all the winter fun!  A sporty hike with your dog while the snow is falling.