“To provide leadership and encourage partnership in caring for the environment by inspiring, informing and enabling nations and peoples to improve their quality of life without compromising that of future generations.”

The many mandates of the United Nations Environment Programme (UNEP) have been ably tended to by a sizable group including several United Nations agencies, 850 individuals and 30 environmental institutes for more than a quarter of a century. Headed by Executive Director, Klaus Töpfer, UNEP’s Governing Council has a rotating membership of approximately 58 countries. Its mission is to seek solutions to global and regional issues affecting our planet, i.e., population growth, water shortages, global warming, and deforestation as well as to promote public awareness.

It’s a big job, but it doesn’t end there. Working under the Convention on International Trade in Endangered Species of Wild Fauna and Flora (CITES), UNEP is also committed to reversing the decline of many species of wildlife, protecting endangered species, and fighting the exploitation of wildlife worldwide. Since its inception in 1975, CITES has grown to include upwards of 120 member countries, which have had a tremendous impact on the current issues in wildlife conservation. In a joint effort to regulate and monitor the world’s endangered species list, the group has instituted an order of controls on international trade in the area of threatened wildlife and wildlife products by imposing the condition that government permits be mandatory for trade negotiations.

July 1, 2000 marked the 25th anniversary of the international efforts to protect and conserve the world’s imperiled wildlife, including leopards, elephants, rhinoceroses, various birds of prey, turtles and many other endangered plants and animals. “The main environmental challenges of the 21st century,” according to Mr. Töpfer, “will be driven by dramatic economic and population growth, which together will place unprecedented pressure on wild nature.”

A new program has been endorsed by CITES and will guide the assembly through the year 2005. In short, the treaty states that, “Wild fauna and flora in their many beautiful and varied forms are an irreplaceable part of the natural systems of the earth which must be protected for this and the generations to come…people and States are and should be the best protectors of their own wild fauna and flora.” The Convention is considered to be one of the largest and most qualified coalitions for the conservation of wildlife on the international level. 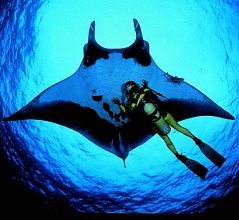 Millennium issues for UNEP include tackling problems of water, soil, species, climate, forest and waste. The Programme helps to solve those problems that cannot be handled by individual countries or even groups of countries. Headquartered in Nairobi, Kenya with an office in New York City as well as six regional offices around the globe, UNEP provides a way to bring countries together to negotiate and create international agreements dealing with immediate and future global problems.