Have you ever fantasized about keeping a wild animal as a pet?

How many times have you tried to catch the eye of a pacing tiger at the zoo hoping that you might be the one special person to capture its interest?

At one time or another many animal lovers have felt the urge to be loved by an exotic creature of some sort. Surely the human being who rates the affection of a wolf or a dolphin must be a very special individual indeed. The impulse to keep wild animal pets belongs to an age-old tradition, dating back at least to the menageries kept by the rich and powerful in ancient Egypt and Rome. However, it is not a tradition that deserves to be preserved, even by the most devoted animal lovers. 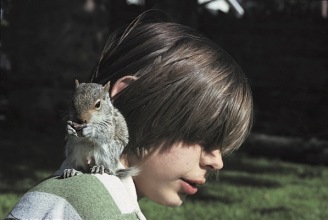 Respectable zoos are no longer full of caged creatures put on display for the curious public. Today’s zoos are professional breeding and educational centers where the future of species is the most serious consideration.  The zoos may cater to the human desire to be in the presence of wild animals, but their motive is to stimulate interest in helping to save natural habitats where the species may be threatened.

Although most animal lovers would find it unethical to keep an endangered species as a pet and abhor the notion that some species have become endangered because of the pet trade, they see nothing wrong with trying to keep certain wild animals in captivity. The Internet is dotted with home pages in which prairie dog owners and monkey keepers give advice to others on the best way to handle these animals in a home environment. But these enthusiasts are not doing anyone any favors, especially their pets. Wanting to keep a wild animal in captivity is a very dangerous impulse – not because the creature might injure you or pass on some rare disease but because it gratifies some primitive notion of power over nature rather than respect for it. Better to let nature take its course than to interfere, which all too often leads to disaster. 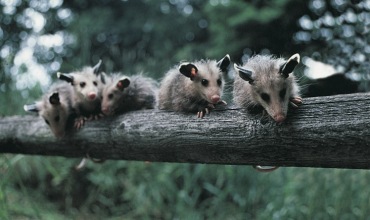 Treating a wild-born animal as a pet is probably the least responsible activity carried out in the name of loving animals. As infants, many wild animals will seem to accept human help gratefully and even with affection, but as sexual maturity approaches, the animal’s wild in-stincts come to the fore, and any effort to keep it confined or isolated from others of the species may be not just difficult but also inhumane. Even animals born in captivity are not likely to thrive when they are kept confined as adults. Monkeys, for example, are highly social animals and need to live in a colony of their own kind. Kept caged in a human home, a lone monkey can develop all sorts of neurotic behaviors and become as unpleasant to have around as it may once have been amusing. If the regretful owner then decides that the monkey would be better off back in the wild or in a zoo with other monkeys, they will probably not be able to adjust and may have to be euthanized or kept in solitary confinement for the rest of its miserable life.

“Pre-owned” pets are among the saddest misfits of the animal world: wrested from nature by pet traders (who may have killed its parents for the cause). Raised in an artificial environment, the animal is unable to develop normally, and finally abandoned as dangerous, uninteresting or unbreedable.

Let’s assume we are talking about you – a pet lover, not a poacher. There are still instances where you might have a run-in with a wild animal, and even the most benevolent of animal fans can accidentally do more harm than good. When a wild baby raccoon or a fawn seems to have lost its mother, don’t rush in to save the animal unless you know for sure that the mother is dead. Mothers often leave their young behind as they forage for food, thinking them safely hidden from harm. If you know the baby has been orphaned, call your local licensed wildlife rehabilitator (a parks department, fish and wildlife bureau or animal-rescue service will provide names). Don’t try to raise the baby yourself. Keep it warm and safe and provide water, but get an expert to deal with feeding and other aspects of its care. In many localities, it is against the law to harbor a wild species, even a baby, without a permit.

You must know that there are ways in which animal lovers can make their dreams come true without doing any damage along the way. If the appearance of a particular wild species is your fancy, look for its domestic counterpart. Certain breeds of cat, such as the Abyssinian or the Maine Coon cat, possess the looks and some of the behaviors of their wild ancestors. All you need to do is provide the “tree” and the prey, and the cat will provide the action.

If you prefer dogs to cats but feel that Cocker Spaniels and Poodles have been bred so far away from their wolf origins that they hardly seem to be of the same natural order, try owning a mutt. By adopting a mutt, you may also be saving the life of an innocent victim of someone else’s carelessness. Every year humane societies are obliged to put many thousands of cats and dogs to death for want of good homes. Instead of spending considerable amounts of money on an animal that doesn’t need a good human home, how about supporting a creature of mysterious origin that does?

Not all pets are cats and dogs. Try a pocket pet, a tiny creature bred domestically but perhaps a common species in your neighborhood. If the idea of owning a wild animal is attractive to you because of the novelty, try a longhaired guinea pig or a special color of hamster or gerbil. These are charming, friendly little creatures, and can make wonderful and unusual pets that are relatively easy to keep.

If nothing will do but a truly wild animal, call your local zoo and ask about their adoption program. Many zoological organizations raise their much-needed funding by accepting donations in the name of a particular animal in the collection. My son and I are the proud “parents” of a wild Bewick swan named Cromarty who has been recorded at a waterfowl sanctuary in England and who returns there each year from his summer in northern Europe.

If the zoo near you doesn’t have such a program, suggest that it develop one or simply donate some money specifically for the purpose of supporting a particular animal or group of animals that you have seen on your visits. Keep track of the animal’s progress yourself, and be consistent in your support from one year to the next. Sooner or later, the zoo will regard you as a friend, even if the object of your affections hasn’t a clue that you are the source of all good things.

Even more effective is making a donation to a university, earmarking funds for wildlife biologists who do research in the field, recording the behavior and eating patterns of species in the wild and using that information to set aside and protect natural habitat. It can be very gratifying indeed to know that you have made it possible for a species you particularly like to avoid living with humans.

Don’t forget that one of the best ways to “own” any animal is to learn as much about it as you can, to understand it, and to know what makes it special or different from other types of animals.

Books and television wildlife programs are readily available sources of information, as well as the Internet. You can also subscribe to magazines or volunteer at zoos and wild-life centers or park departments near you, and you can help out in the adoption room of your local hu-mane society or at your veterinarian’s office.

There are plenty of ways to be near animals and to show them affection and respect without forcing them to adapt to your lifestyle at the expense of their own. Be honest in examining your motivations for wanting a wild animal and be humane in making your dream come true.