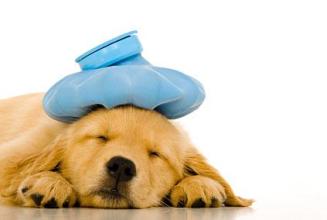 When John Liu’s pug snuck into the kitchen and consumed an entire box of donuts a year ago, the last thing John expected was a veterinary bill of $1,800. “She started vomiting a few hours afterward,” he lamented. “I rushed her to my vet where she was eventually diagnosed with pancreatitis.” After numerous blood tests, x-rays, intravenous fluids, antibiotics, and a seven-day hospital stay, Pugsley recovered. John’s bank account hasn’t. “If I had purchased an insurance policy for her, it would have made my life much easier. It’s been almost a year, and I’m still paying the bill.”

As advances in veterinary medicine continue to be made, the cost of veterinary care increases at a rate of approximately 30% annually. More and more pets, like their pet owners, are living longer and healthier lives. The increase in quality of life comes with a price: an increase in unexpected veterinary fees. During every average pet’s lifetime, he will experience at least one health crisis, either from accident or illness, that will require advanced veterinary care. Sophisticated diagnostics (cat scans, MRIs) and therapeutics (hip replacements, cataract surgery, chemotherapy, radiation treatments, pacemakers, etc.) have driven the cost of veterinary care significantly higher, sometimes reaching several thousands of dollars.

Americans develop deep bonds with their pets, and many are willing to stick with them through complex and costly medical treatments. Surveys have shown, however, that when pet owners are faced with veterinary bills that approach the $600 mark, they begin to put euthanasia”, and unfortunately it is a primary cause of death in companion animals. Pet health insurance can help avoid the heartbreak, by defraying some of the expense.

Veterinary health insurance is not a new idea. It has been around for nearly 20 years. The concept has been slow to take hold in the United States, however. In the US, less than I% of the country’s 100 million dogs and cats are insured, compared to 12% in Canada, 19% in England, and nearly 60% in Sweden!

Pet health insurance policies are similar to human health insurance policies in that there are different coverage plans, and they each have annual premium and deductibles. Many companies offer a multi-pet discount if you insure your entire menagerie. All plans cover accidents and illness, with the less expensive plans paying lower benefits than the more expensive ones. Yearly benefit caps range from $7,500 for the basic plans to $12,000 for more advanced plans. Some companies will allow coverage for animals with pre-existing illness provided that the condition has been well controlled for a specified period of time. Most companies will not offer coverage for diseases that have a hereditary or genetic basis, such as hip dysplasia. While most basic plans just cover preventative medicine, such as heartworm tests, flea control, and vaccination.