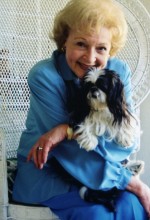 It was a dreadful day in 1971 when the late actor Richard Basehart and his wife, Diana, watched in horror as the car in front of them tossed a dog out of the car window onto the busy Los Angeles freeway. Sadly the dog did not survive. However, from this tragic incident, grew dedicated and passionate organization that promotes the humane treatment of animals.

Richard and Diana Basehart, along with other animal loving friends, Doris Day and Lucie Arnaz, founded a non-profit animal welfare organization, Actors and Others for Animals, in 1971. Earl Holliman has been its president since 1976.

Today, Actors and Others For Animals is still reshaping public awareness. Assisting the public and their animal companions in times of misfortune and need, the organization’s help ranges from one-on-one counseling to community-wide programs and large-scale education outreach. Actors and Others for Animals deals mainly with the elderly, the infirm, low-income families, the homeless, and the handicapped.

The organization helps to pay for spaying and neutering emergency medical costs and, in some cases, supplies the elderly and disabled with pet food. The organization also sends pet therapy teams to hospitals, nursing homes and retirement homes. The humane education staff teaches kindergarten through twelfth grade in English and Spanish. During crises, financial assistance has been extended all the way from Three Mile Island to Kobe, Japan.

Actors and Others prides itself on being a nuts and bolts organization, a broad based community group working to end all animal abuse and exploitation. Although much of their efforts are focused on the need to stop the surplus pet population, the organization has also historically helped wildlife and exotic animals with an emphasis on raising the quality of life – all life.

Actors and Others for Animals’ many celebrity supporters include Honorary Chair, Diane Keaton, active board members, Betty White and Loretta Swit, actors Burt Reynolds, Lisa Hartman-Black , Denis Franz, Lea Thompson, Kevin Nealon and David Hasselhoff. Long-time supporter and active board member, JoAnne Worley, donates a great deal of her time to the cause. “I am so proud to be a member of the Board of Directors of Actors and Others for Animals and am thrilled to pitch in whenever I am needed. It is for those deserving critters who simply steal our hearts,” says Worley.